The dreaded coronavirus pandemic has wrecked havoc in the global village that we call home. With total confirmed cases over 3 million and more than 200,000 deaths, we must adjust our lives to a new normal to prevent an invisible enemy from entering our bodies.

100 years ago, a similar pandemic was raging on earth with 500 million infected people, one-third of the global population at that time. After the 36-month rampage of the Spanish Influenza, the death toll was estimated to be as high as 50 million people.

Even thought the world of medicine has developed by leaps and bounds since then, we are still in unchartered waters as we seek to learn more about the virus. There is speculation that it originated from bats, but we know that the virus was first detected in Wuhan, the capital of China's Hubei province in December 2019. According to the World Health Organization, it is spread during close contact with small droplets produced by infected persons when they cough, sneeze or talk.

With the little-known information and fear of the unknown, bold decisions were made to close borders, suspend non-essential business and social activities, and impose curfews. These measures are intended to flatten the curve of the infection rate, but even as these measures are being taken, the rate continues to climb. We are a resilient group of people who will survive this but not under the circumstances that existed before COVID-19.

As Albert Einstein said, "No problem can be solved from the same level of consciousness that created it." We're only human and finding a higher level of consciousness is only possible with time as we push back the boundaries of the unknown. Under normal circumstances, it takes between 6 and 10 years to develop, test and put new vaccines into use. Artificial Intelligence has proliferated at such a rate that it promises to reduce the vaccination development time.

In the meantime, life must go on. Producers and manufacturers of essential good and services can't stop their operation. Healthcare workers - to whom we are very grateful - have to care for the sick. Airlines, shipping and trucking companies must continue to transport goods across the globe and around the country. So, in order to keep the engine of the world running, we have to make adjustments.

We know that animals in the wild and even farm animals carry a lot of deadly viruses, so the way we interact with them will have to change. Awareness must be made that a live-animal market could be ground-zero for mixing, mutating and transmission of viruses.

Wearing a facemask out in public has become a necessary accessory to our normal attire. I have observed that a thin slice of the population that is not observing this precaution, either because they have not seen the news lately, have a fetish for Russian roulette or their facemasks are lost in transit. Designers are now extending their craft to this new face-wear adding glamour and even humour on this medium. 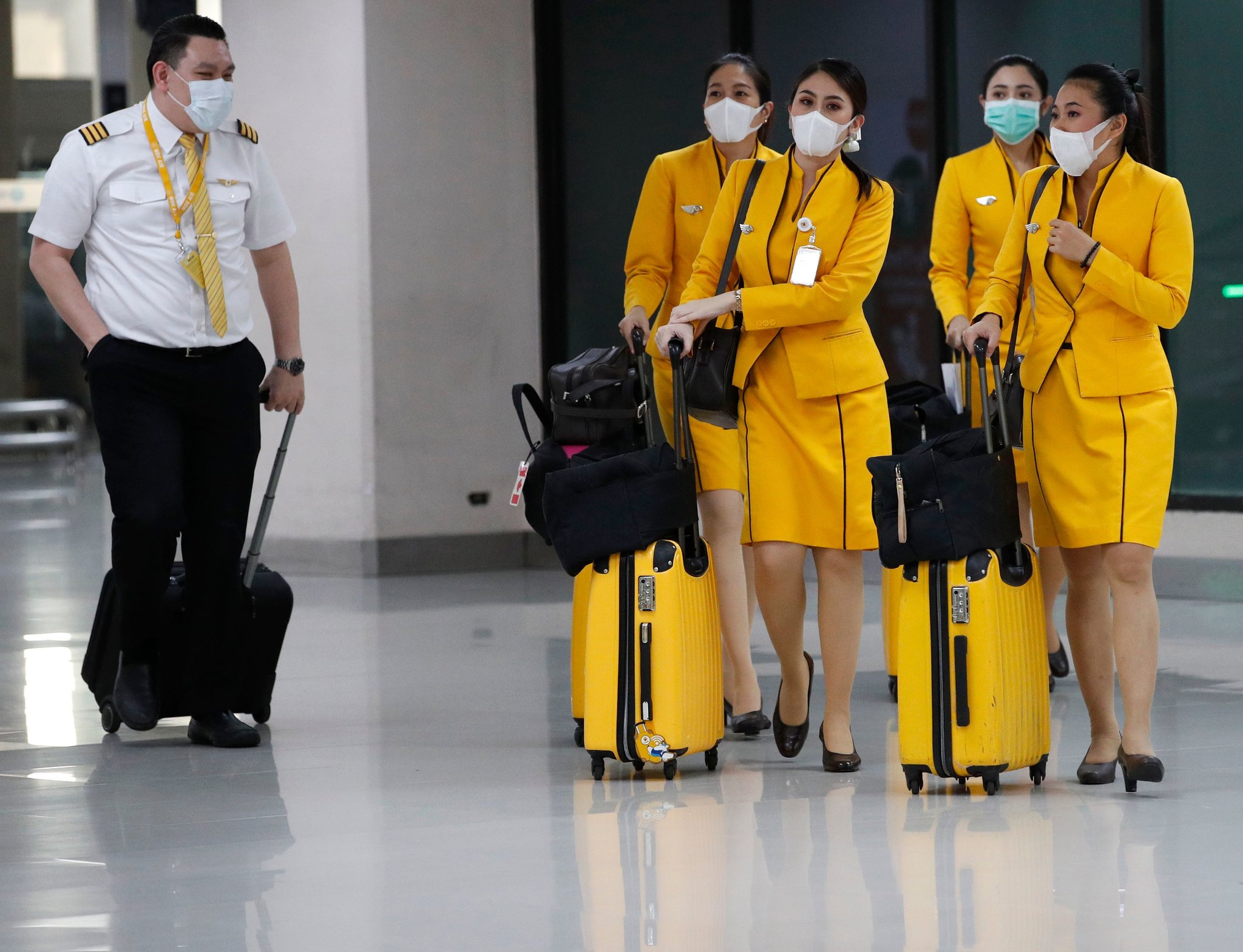 Washing hands before entering places of business is now a new procedure that must be observed. Will this put a strain on our fresh water supply? Only time will tell, but even this is a finite resource as we try to keep ourselves and others safe.

With social distancing being enforced, how long will lines at the bank or supermarket get before no more real estate is left to stand? Perhaps now we will see how necessary and frequent it is to go to these places in the first place.

Dining-in has been immediately replaced by takeout-food. One of the very things that makes us human is social interaction. Dining around a table and breaking bread together adjacent to other groups doing the same has now become unthinkable. As we huddle in our homes like hermits to eat, what impact will this new observance have on our environment? Whether or not the take-out food containers are made of plastic.

Many employees have suddenly found themselves working from home. How many of them even knew this was possible before? Why was this not an option before COVID-19 appeared? How productive will this be in the face of distraction and possibly conflicts at home? Whatever the answers, just be prepared for it.

eCommerce is nothing new and will likely ramp up to compensate for our lack of freedom to run to the neighbourhood store. The machine is well oiled in the developed world to facilitate this, but how does a cash society like Guyana which is behind the curve in this regard fare? Times of crisis usually bring rapid change, and I will particularly relish this one.

I have only broached a few areas of disruption, but the list can go on for quite a bit. The one thing that can give us comfort is: that which does not kill us makes us stronger.

A few questions have been raised to stimulate thoughts on how you can adopt and move forward. Ideas will differ but our modus operandi will significantly be different from what we have become used to.

I believe that many of the things that we took for granted will now have greater meaning in our lives as COVID-19 has afforded us a lot of time to pause, think and put things in perspective.

I bet that many will just be thankful for life like the 106 year old Ana del Valle from Spain who suffered and recovered from both the Spanish Flu and coronavirus pandemics.

One thing that is certain is that the world will not remain in this state of limbo forever. Borders will open, planes will fly, stores and restaurants will resume operations, but there will be a slow trickle as people gain confidence that things are under control. There are also the other factors like bankrupted businesses, lost jobs, tumbling oil prices, lagging economic growth and possibly recession to consider.

So, with lots to ponder about, I encourage to you step out in faith and not in fear. The world is still a beautiful place - we have no where else to go - but not before adopting to the new normal.

Antithesis is Wayne Farley's commentary on how he sees things, which is often at variance with those commonly held. He takes pride in his dissenting views, but respects those of others. The whole intent of his blog is to share experiences, stimulate thoughts and provoke conversations.